by Juliette B. Bradley

It used to be that when senior Chicagoans could no longer age in place at home, or when they were ready to live in a more social environment, they had to look for options in the suburbs.

Today, the majority of Chicago’s high-end senior living communities are in or near Lincoln Park, a picturesque neighborhood, just one mile from downtown Chicago, with manicured gardens and an expansive lakefront green space with sweeping city views. This quaint neighborhood is also home to one of the country’s oldest free zoos and a host of amazing restaurants.

As seniors make the decision to move out of their home and into a community, full continuum of care is an important factor to consider. Belmont Village offers assisted living and memory care, so that as the residents’ needs change, the care can too.

The mid-rise building was built to closely resemble the Nellie Black Building with a similar architectural style. Residents don’t want for much in this community, as they have everything they need at their fingertips. The long list of amenities includes elegantly designed common areas for gatherings, a technology center to help stay connected, a professionally managed fitness center with on-site therapy services, a licensed nurse and well-trained staff on-site 24/7, award-winning memory enrichment programs, a full social activity calendar, and a full-service salon. The dining is served restaurant-style with chef-prepared meals and a concierge is on staff to schedule complimentary transportation for personal excursions or appointments.

Amenities like these used to be considered over-the-top, but today’s seniors are coming to expect this kind of daily living. The building has no similarities to a retirement home, but rather looks like a luxury condominium. The residents are city-savvy and happy to be near downtown Chicago.

The Schlage NDE wireless locks are activated by a fob that each resident is given. That fob is unique to the resident’s apartment entry. These locks report back to the main system every 12 hours. If credentials in the system are edited in any way, when the lock checks in with the system every 12 hours, the lock is automatically updated with the most current information. The lock can also report important information, such as who may have requested access, what access was granted, and what access was denied. A benefit to these wireless locks is the minimal installation cost. Basically it is just a matter of mounting the lock with four AA batteries. The battery lifespan is about 1 year.

It is my job to find the best simplified solution for our client. As we work together, if I can provide additional information that will help my client make the best access control decision for their needs, you can be sure that we, at AccessNsite, will do just that. 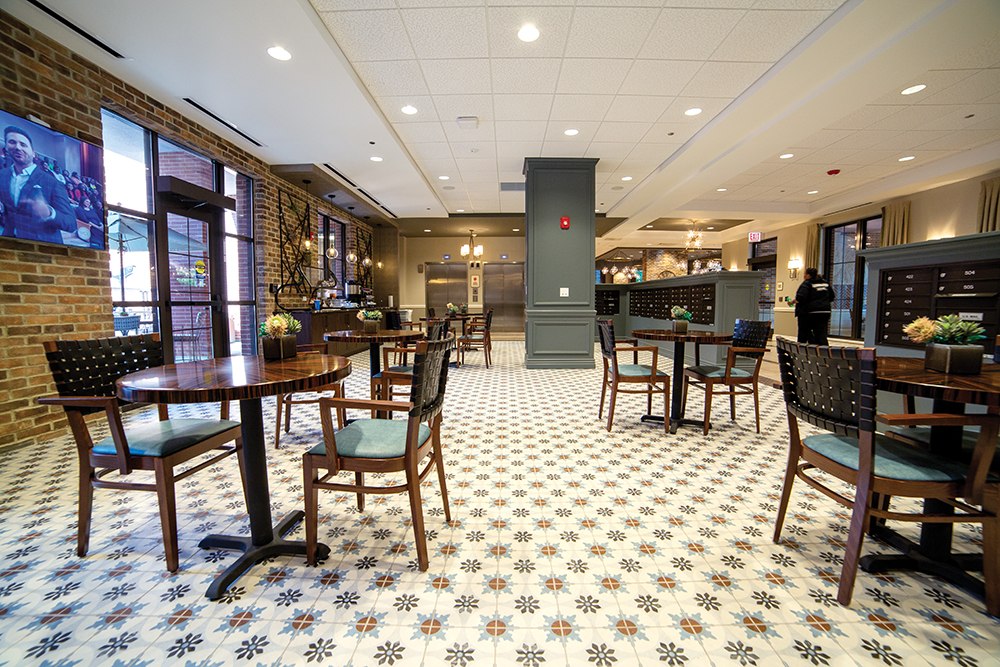 Belmont Village had already purchased some intelligent locks for the back of house and the general contractor was going to use an electrical contractor for those locks. American Direct Division 8 salesperson, Eric Van Scoy reached out to AccessNsite Security Sales Representative, Heather Rolli for counsel on how to best integrate the pre-purchased locks for back of house and the additional locks American Direct was providing for the resident entries. Rolli says, “I took off my sales hat, so to speak, and put on my coaching hat to guide the general contractor and owner. I explained that Schlage NDE locks can communicate a few different ways, one of which is through the lock’s WiFi antenna that goes across the building’s WiFi network. The AccessNsite Allegion driver is integrated to the WiFi solution that allows communication with back of house locks, the resident entry locks, and the Mercury panel common area readers. The original electrical contractor’s solution could not do that integration. If they had continued with their original plan, they would have had to utilize a gateway for every 10 locks for a Bluetooth connection.

Continuing on that path would have been very expensive. By using AccessNsite for all of the locks, it eliminated two different layers of physical equipment. With AccessNsite, all the locks communicate via the building’s WiFi network and then information is exchanged as the locks check into the system. “This is part of the service we provide — engineering and consulting to provide the best solution/ service we can,” says Rolli.

Rolli was able to consult and guide the general contractor and owner. “American Direct and AccessNsite were asked to provide not only the Schlage NDE locks for resident entries and back of house, but also wall mounted Mercury readers and intercoms as well. The scope of the project became much larger once the general contractor learned how powerful AccessNsite software actually is. We were able to provide each aspect of the access control without the owner having to use multiple manufacturers. We provided an elegant solution that enabled huge cost savings to the owner on product and labor. I always look for the end user to have a simplified way to manage the facility,” says Rolli.

Integrated parking for Belmont Village is underground because of lack of space in Lincoln Park. The loading dock is actually across the street with tunnel access. AccessNsite integrated access control with the facility’s AIPHONE (security video intercom system) allowing employees to push a button to unlock the door via a video component.

The Concierge Desk, the Main Desk, and the Head Chef all have AIPHONE access that allows remote opening of garage and overhead doors. When there is a delivery at the loading dock, for example, the person making the delivery pushes the access control button and the Chef, located in the building at the other end of the tunnel access, can see who is at the dock and can grant access if desired. 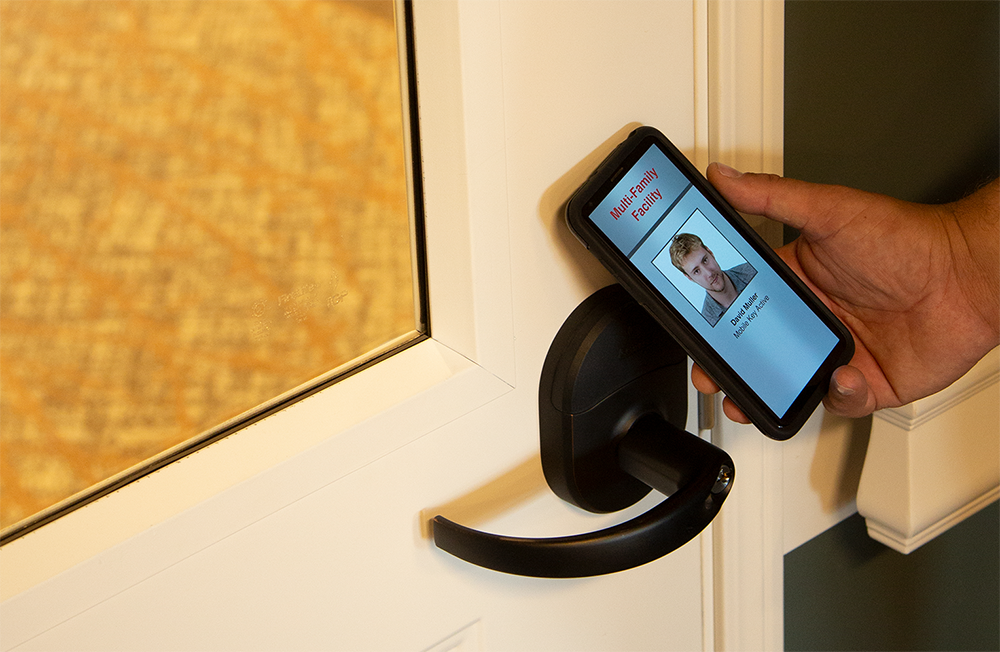 W.E. O’Neil’s Project Manager, Brad Garlick says, “We made great strides with access control on this project that will benefit Belmont Village in the long run. This was their first time to utilize this kind of access control technology and it will provide them with information they have never had before. In today’s world, it is critical to know who is gaining access to entry points and AccessNsite will allow them to track that and so much more.”

Belmont Village is a perfect example of how American Direct and AccessNsite not only sell product alongside one another, but also effectively collaborate with each other, the general contractor, and the project owner in order to provide them with the single, most effective, cost efficient openings solution.

Belmont Village opened in 2019 and has made great strides in building an impressive reputation for the classy age in place retirement community near downtown Chicago.